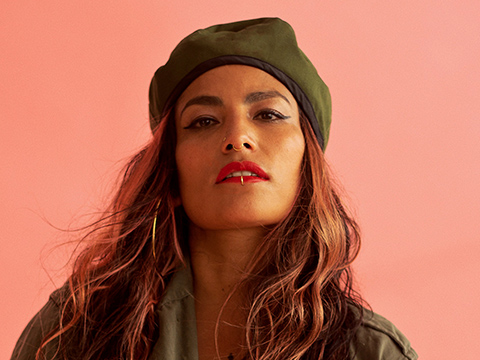 Ana Tijoux is the Chilean hip-hop protester. Her cover letter could well be what media outlets like The Rolling Stones who chose her as the best rapper in Spanish, The New York Times who points to her as the Latin American response to Lauryn Hill, or magazines like Newsweek who ranks her as the most important Latin American rapper on the international scene.

Ana Tijoux was born in Lille in 1977. Her parents went into exile during Augusto Pinochet's dictatorship in Chile, which has left a mark on her career, marked by a special sensitivity to political and social issues. Her music dialogues to the sound of hip hop, fused. A feminist and activist in her lyrics, she denounces social and cultural deficiencies.

Ana is a global artist. About to publish her first book of poetry and her fifth studio album, she dares to go through all the creative processes: she composes, writes and arranges both her own themes and those she develops for different audiovisual projects, from films to documentaries. She has also put herself in front of the camera in films such as La Isla de los Pingüinos or a Chilean series of upcoming premieres and feminist theme called La Jauría.

She has dozens of nominations for various awards such as the MTV, 40 Principales, Indie Music Awards and has eight Grammy nominations (both Latin and Anglo), making her the Chilean woman with the most nominations for these awards.