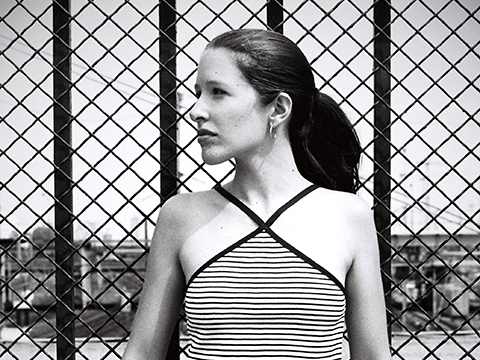 From the heart of the Colombian jungle to the roofs of Paris.

ËDA – Eléonore Diaz Arbelaez is a singer and a doublebass player. Through her different musical experiences -from psychedelic rock to salsa- and thanks to her cultural heritage, she has developed a strong taste for fusion. French and Colombian, she sings in Spanish, the language of the poets who inspire her.

In 2015, she met Anthony Winzenrieth, musician and director in the pop-jazz music world. He, too, knows about latin music: before becoming part of 3SOMESISTERS, he collaborated with Ricardo Herz (Brazil) and Niuver (Cuba).

Since then, they have been working together with complicity on Eléonore’s texts and compositions, that are inspired by the power of Lhasa de Sela, the dreamlike universe of Björk, as well as the depth of James Blake, or the sweetness of Omara Portuondo. Their own fusion of traditional latin music and contemporary electro-pop is the result of a musical research process that has been enriched along the way, just like a quest for self-discovery.